“Memorial Day” has become a gateway to summer: public pools and beaches open for the season, grills are fired up, and public offices are closed. It’s easy to forget the reason for the holiday. Originally called Decoration Day (in recognition of the efforts to bring flowers and flags to the graveside of fallen soldiers), its origins are debated. Some credit southern women for starting the tradition of decorating veteran graves after the Civil War, but the official origins lie with General John Logan, national commander of the Grand Army of the Republic, who established the first Memorial Day via a General Order on May 5, 1868.

Later that month, on May 30, flowers were placed on the graves of both Confederate and Union soldiers in Arlington National Cemetery. The holiday was first recognized by a state, New York, in 1873 and by the rest of the northern states by 1890. The south recognized their dead on separate dates until after World War I when the scope of the holiday was broadened to remember the sacrifice of all American soldiers who died in any war (as opposed to the earlier focus on the Civil War dead).

In 2000, a federal resolution was passed to create a “National Moment of Remembrance,” encouraging Americans to pause at 3pm on Memorial Day and remember the ultimate sacrifice given by so many of our men and women in uniform.

This year (28 May 2012) Memorial Day observances coincidence with the first annual Virginia Festival of History, celebrating the 250th anniversary of Charlottesville’s founding. 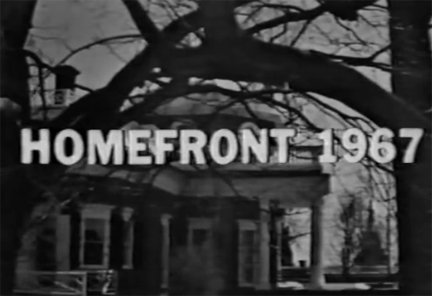 The days events are organized around the theme “250 Years of Service in our Nation’s Wars.” The celebrations begin at 11am at the Albemarle County Office Building; followed by a lecture on Sheridan’s James River Campaign of 1865 (by Richard L. Nicholas, Grace Covenant Church, 1:30pm); a film showing and discussion of “Homefront 1967,“  about Charlottesville during the Vietnam War by Art Beltone (also at the Grace Church, 3:30pm); a tour of the Maplewood Cemetery (by Steven G. Meeks, meeting at the cemetery, 5:30pm); and a lecture on Medal of Honor recipients from Charlottesville and Albemarle (at the Grace Church, 7pm). For directions to the Grace Covenant Church, click here. Throughout the weekend, the American Legion will hand out poppies as a symbolic reminder of fallen soldiers. And in Ruckersville, you can visit the Vietnam War Foundation and Museum on Monday (usually it’s only open by appointment).

The tradition of wearing poppies originated with “We Shall Keep the Faith,” a poem written by Moina Michael (1869-1944) in response to another famous poem “In Flanders Fields.” Describing the battlefield of Belgium, McCrae’s 1915 poem began “In Flanders fields the poppies blow / Between the crosses, row on row…” Building on this theme, the second stanza in Michael’s poem read:

We cherish too, the Poppy red That grows on fields where valor led, It seems to signal to the skies That blood of heroes never dies.

After World War I ended, Ms. Michael began selling silk poppies to raise money for disabled veterans. The American Legion Auxiliary adopted the poppy as an official symbol of remembrance for war veterans in 1921. Other WWI allies adopted the striking red poppy and today it is used in Memorial Day celebrations as a symbolic reminder of the lives lost. To read the complete verses of both poems, click here.